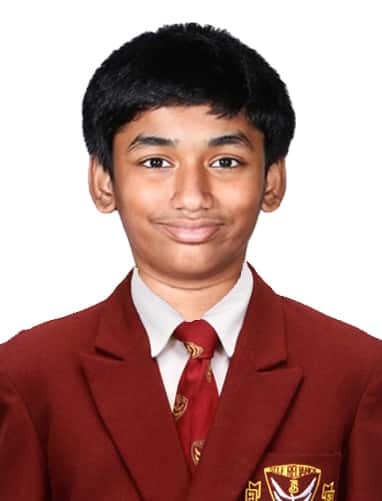 MANY DREAM, SOME TRY, AND ONLY A FEW ACHIEVE!

Shanat Dheepak Ram who was born in 2008 at Coimbatore is studying in Grade 9 at St Jude’s Public School and Junior College, Kotagiri.

He has proved beyond doubt that creativity coupled with perseverance is just another step in his quest to conquer the world. The young prodigy has added yet another feather to his cap with his latest addition to his existing claim of accomplishments. He has achieved 6 world records and 7 title awards in various categories.

19th February 2022 was a memorable day on which we received the delightful information of Shanat Dheepak Ram being honoured with the prestigious “Child Prodigy Award 2022”. This award ceremony is scheduled for the 9th of April 2022 at Chandigarh.

His skill in drawing, painting and identifying a person or currency blind folded is remarkable.

His achievement does not end here. He is also talented in football, chalk carving, skating, chess and keyboard.

He has won International awards in art and craft besides having won District Level gold and silver medals in rifle shooting and badminton.

He is addressed as the Youngest Master to conduct Rubik's cube classes all around the world, He has shared his knowledge with students throughout the world during the pandemic. This has motivated him to become the youngest entrepreneur which was also featured in 'The Hindu', 'The Times of India' and the ‘Dinamalar’ newspapers. He was also interviewed by the Suryan FM 93.5 and Hello FM team.

The Management, Staff and Students of St. Jude’s Public School and Junior College, congratulate and salute their hero. We take immense pride in proclaiming him a Judian. We hope his knowledge widens to benefit the students and others across the world.

Dear parent, you can pay the entire year’s fees including all components in 6 monthly installments at zero interest, zero processing fees & zero cost. Please reach out to Financepeer at support@financepeer.co or 022 48977992

Our School and Financepeer are together committed to ease your Fee payment experience.